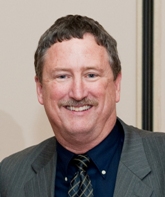 Jeff Wilush came to Horizon House with a finely honed set of business skills. Once here, he quickly discovered a strong commitment to ensuring that all people—especially the disadvantaged—receive the respect and opportunities they deserve. Jeff’s financial expertise developed during his early career as a Certified Public Accountant with Ernst & Whinney and as Chief Operating and Financial Officer of a hotel/casino complex on St. Maarten. When asked what brought him to the nonprofit world, he replies simply, “It started by luck, but I quickly realized this is where I belong.”

After joining Horizon House in 1990 as a financial consultant, Jeff greatly contributed to the agency’s ability to weather financial difficulties in the early 1990s, and he quickly advanced to the position of Chief Fiscal Officer. While increasing his skills and responsibilities, Jeff saw what a difference an agency like Horizon House can make in people’s lives. After being named Chief Executive Officer in 2000, he became even more determined to help guide the agency’s mission, and his tireless efforts have helped many people with disabilities reach their highest potential for independent living.

Over the years, Jeff has served in a variety of leadership roles, including the Philadelphia Alliance (President, 2007–2009; Chair of Public Policy, 2011); the Pennsylvania Association of Rehabilitation Facilities (PARF) (Vice President, 2007–2009, President, 2010–2012); and Chair of the Insurance Dividend Trust (2010–2012). While at PARF, Jeff worked as a provider representative on many state work groups charged with transition services for individuals with intellectual disabilities in accordance with the Centers for Medicare and Medicaid Services’ Waiver Requirements. He also served on the Joint Operating Committee (2012–2013) overseeing the merger of PARF and the Pennsylvania Community Providers Association (PCPA), and he is past Co-chair of the Board of Directors for the newly merged organization now known as the Rehabilitation and Community Providers Association (RCPA).

Of all his accomplishments while at Horizon House, Jeff is particularly proud of the growth and diversity of services that have evolved to serve the disabled and homeless communities. “If we truly believe that we can improve the lives of those we serve, why wouldn’t we want to provide whatever we could?” he asks. Under his leadership, the agency has matured and gained influence as its reputation has grown.

As a prominent member of the provider community, Jeff is frequently asked by both providers and state officials to participate in discussions and initiatives at local and state levels. He is also honored to have received service awards, including the 2007 Distinguished Advocate Award from the Pennsylvania Association of Psychosocial Rehabilitation Services and the 2015 Righteous Person Award from the Tikvah Advocates for the Jewish Mentally Ill.